President Biden faces emerging nuclear powers in Iran and North Korea, a backdrop of increasing Great Power competition with Russia and China, and a difficult landscape for multilaterally renegotiating global arms control agreements with existing allies. President Trump’s central approach to arms control focused on negotiating new agreements under his administration’s terms, as opposed to honoring existing agreements, and updating the U.S. nuclear arsenal to maintain parity vis-à-vis Russia through a $1.7 trillion plan. Trump had attempted to renegotiate arms control deals with Russia, China, and North Korea, but he left office with little concrete progress made on any new agreements. Since Trump’s withdrawal from the Joint Comprehensive Plan of Action (JCPOA—more commonly referred to as the “Iran nuclear deal”), Iran has taken significant steps toward nuclear development and away from transparency, and North Korea has not taken any concrete steps toward denuclearization, despite extensive U.S. sanctions and three face-to-face meetings between Trump and North Korean leader Kim Jong-un. The Biden administration has signaled an eagerness to return to U.S. commitments on numerous arms control agreements, agreements, pledging to rejoin the Iran nuclear deal and confirming the extension of the new Strategic Arms Reductions Treaty (START) with Russia. Biden has nominated two of the Iran deal’s primary negotiators—Robert Malley and Wendy Sherman—to high-level roles in the Department of State and another, Jake Sullivan, as his national security advisor. A return to the Iran nuclear deal still faces major obstacles, and North Korea has not been willing to engage with the Biden administration on denuclearization talks

Among the Nine Nuclear Powers, Russia and the U.S. Hold the Majority of the World’s Nuclear Weapons

The United States and Russia hold over 90 percent of the world’s nuclear warheads. After a rapid period of denuclearization in the 1990s, both the U.S. and Russia have been increasing their stockpiles of operational nuclear weapons since 2010.

All Other Nuclear Power’s Arsenals, as of March 2021

For the Biden administration, re-building ties with NATO allies will be central for furthering arms control and defense interests, and Biden has expressed intent to do so, referring to NATO as “the single most important military alliance in the history of the world.” This task may prove difficult, as some key U.S. allies, such as France, have expressed wariness over the U.S.’s ability to resume a multilateral approach after four years of Trump’s “America First” foreign policy. Under the Trump administration, the U.S. withdrew from the Intermediate-Range Nuclear Forces (INF) Treaty with Russia as well as the Treaty on Open Skies, prompting Russia to do the same in regards to both, and reinterpreted the rules of the Missile Technology Control Regime (MTCR) by allowing the sale of armed drones to foreign militaries. Trump’s move to unilaterally withdraw from both treaties was widely condemned by NATO allies, exasperating EU countries that were frustrated with Trump’s mercurial foreign policy decision-making. If Biden is unable to reassure allies of the U.S.’s fidelity and willingness to uphold its security commitments, European and Asian allies could decide that it is in their best interest take nuclear security into their own hands and begin ramping up their military and weapons arsenals.

The Biden administration must also grapple with the emergence of increasingly complex, advanced technologies enabling rapidly proliferating new classes of weapons, many of which circumvent existing arms control agreements. The landmark arms control agreement governing U.S.-Russia nuclear development, the INF treaty, was signed at the end of the Cold War and does not include advanced missiles and related technologies. It also does not include China, which has allowed that country to develop a new class of hypersonic missiles, which had been constrained in the U.S. and Russia under the INF. The U.S. Department of Defense spends billions annually on artificial intelligence (AI), robotics, and other cutting-edge technologies to maintain a military advantage. None of these technologies is currently governed by arms control agreements, and development of new weapons by the U.S., Russia, and China is driving efforts by all three nations to maintain parity. The absence of concrete agreements governing the development and sales of these technologies heightens risks they will be accessed by adversaries—including state and non-state actors. This risk is exemplified by the rapid proliferation of unmanned aerial vehicles (UAVs) globally, which has been due in large part to lax international restrictions and global distribution primarily from China and Israel, raising fears that newly developed chemical, biological, and cyber weapons could become widely available on the international market in a similar fashion. The limits of existing arms control agreements create new challenges for the Biden administration, as currently stated policy priorities on existing arms control agreements will not address these classes of newly developed weapons. Following Biden’s meeting with Russian President Vladimir Putin on June 16, 2021, the U.S. and Russia released a joint statement establishing a Strategic Stability Dialogue for negotiating bilateral arms reduction. Similar talks had stalled in the past—the Obama administration had cut negotiations short in 2014 after Russia’s invasion of Ukraine, and little progress had been made under Trump when talks resumed in 2017.

Major Arms Control Deals and Their Status Under President Biden

Under the Trump administration, the U.S. withdrew from four major arms control deals and did not move to ratify a fifth. While the Biden administration has moved toward re-entering the Iran nuclear deal, it has yet to put forth concrete policy proposals on re-entering other deals that the U.S. pulled out of under Trump. Biden agreed to extend the New START treaty with Russia in January 2021. The status of major arms control deals is listed below:

Iran has been moving forward with its nuclear program, and the U.S. faces a difficult negotiation process in re-entering the JCPOA with Iran. Biden has already attempted to revive multilateral talks with Iran and has acted to rescind Trump’s order that the UN restore all existing sanctions on Iran—easing travel restrictions on Iranian diplomats to the UN. Still, Iran has thus far been unwilling to resume talks on renewing the JCPOA and is pushing forward with its nuclear weapons development program. Under the previous administration, the U.S.-Iran relationship deteriorated significantly—Trump declared Iran a “nation of terror,” ordered the killing of its highest-ranking general, Qasem Soleimani, strengthened U.S. ties to Saudi Arabia, and imposed sweeping sanctions. Biden has pivoted toward a more critical stance on Saudi Arabia and has stated that he will make exceptions to existing sanctions for humanitarian aid, but he has remained firm that the U.S. will only provide extensive relief in the context of a renewed commitment to the JCPOA. Further, China and Russia were signatories of the original JCPOA, and cooperation from both countries is critical for maintaining the deal. Without an agreement in place, Iran can circumvent U.S. sanctions through its economic relationships with China and Russia, significantly decreasing the main source of U.S. leverage. Bringing China, Russia, and Iran to the table to re-affirm the JCPOA may prove exceedingly difficult for the Biden administration, as the U.S.’s relationships with all three countries have become increasingly strained. The ongoing trade war with China, Iran’s supreme leader Ayatollah Khomeini pledging revenge against the U.S. for the killing of Soleimani, and Senate Republicans’ push for a congressional veto over the deal may also strain a U.S. return to the JCPOA.

North Korea has largely ignored U.S. sanctions and continues to move forward with its nuclear program. After a series of high-level summits between Trump and Kim Jong Un failed to produce concrete agreements on denuclearization, Kim has doubled down on North Korea’s intent to become a nuclear power. In January 2021, he stated that North Korea is moving forward with developing new weaponry, including a nuclear-powered submarine, tactical nuclear weapons, and advanced warheads designed to penetrate missile defense systems. Biden confirmed his commitment to pushing a policy of denuclearization in North Korea on a January 2021 call with Japanese Prime Minister Yoshide Suga. Based on Kim’s recent posturing, it is unlikely that North Korea will comply with a policy of denuclearization, no matter what approach the Biden administration takes. Kim’s stated requirements for engaging with the U.S.—ending the U.S. commitment to protect South Korea and withdrawing its troop deployments in Southeast Asia—are contradictory to Biden’s aims in the region. Biden’s approach to containing China will likely focus on rebalancing U.S. troop deployments to the region and deepening U.S. military engagement with existing allies in the region, such as South Korea and Japan. The contradictory policy demands between the incoming Biden administration and Kim’s vision for North Korea are likely to continue the current impasse until the two countries have reached a denuclearization agreement.

Great Powers are refurbishing nuclear arsenals after decades of decline. After decades of post-Cold War denuclearization, the Biden administration will be challenged to advance arms control in a renewed era of Great Power competition and emerging nuclear powers. Russia, China, and the U.S. are all taking steps toward expanding, upgrading, or modernizing their nuclear arsenals. China now boasts a nuclear arsenal of 350 nuclear warheads, the third-most of any nation after Russia, and the U.S. It is still far behind the U.S. and Russia, and even with current expansion plans, China will not be close to directly rivaling either country in the size of their arsenal. But China has likely surpassed the United States in the development of a new class of weapons: hypersonic strike vehicles. These missiles can exceed the speed of sound, enhancing their ability to evade missile defense systems. U.S. intelligence has estimated that China will at least double its nuclear arsenal over the next decade. Russia has similarly developed advanced intermediate-range missiles and has embarked on an extensive nuclear weapons modernization campaign. Both Russia and China have become major nuclear technology exporters, accounting for 60 percent of the international market combined, and they have inked deals to develop nuclear power plants across a wide range of countries in Latin America, Africa, and Asia. Nuclear energy exports grant a wide range of nations the capacity to potentially repurpose large quantities of plutonium from fuel to weapons use. They also create political and economic relationships that can span decades as exporting countries gain long-term influence on nuclear safety, security, and nonproliferation in importing countries. The U.S., to date, has been unable to compete internationally against Russia’s and China’s state-funded models, and a continued inability to do so could both impede security goals and make it difficult for the U.S. to lead the global transition toward cleaner energy. 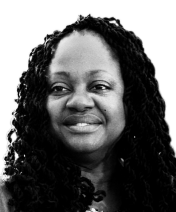 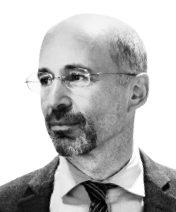 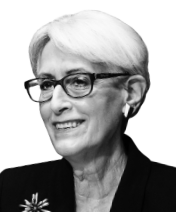 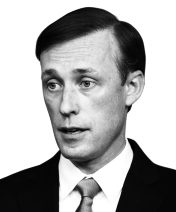 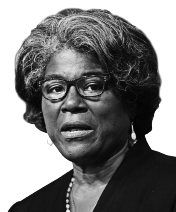 Plus 9 other key players ➞