The Biden Plan for Immigration and Asylum Reform

Immigration policy is one of the most divisive topics domestically and was a key pillar in both President Biden’s and former President Trump’s campaign platforms. The immigration debate can be divided broadly into issues surrounding legal and illegal immigration into the U.S., and the migration of asylum seekers fleeing unstable regions in hopes of being admitted into the U.S. as refugees. (“Refugee” is a legal designation granting people who are fleeing persecution in their home countries the right to international protection once their applications for asylum have been approved.) The Biden administration enters office promising to reverse course on the previous administration’s most restrictive immigration policies and has been doing so predominantly through executive order—following a Trump administration that signed over 400 executive orders on immigration. As of August 2021, Biden has taken 16 executive actions (including signing 13 executive orders) on immigration policy, the majority of which directly reverse Trump administration policies—including ending funding the Mexico border wall, preserving the Deferred Action for Childhood Arrivals (DACA), establishing a family reunification task force, and ending entry bans enacted on a range of countries predominantly in the Middle East and Africa.

In an effort to deter the arrival of new immigrants and refugees, the Trump administration enhanced entry requirements and border security measures, granted state and local governments increased discretion on enforcing federal immigration laws, lowered the threshold for annual refugee admittances, and implemented the controversial family separation policy. In his campaign platform, Biden articulated a fundamentally different approach to immigration, citing the $2 trillion in economic benefits that foreign-born workers produce in the U.S. annually and expressing a desire to welcome and integrate immigrants into U.S. communities. He also promised a path to citizenship for 11 million currently undocumented immigrants living and working in the U.S., ordered a 100-day moratorium on deportations (which was blocked by a federal judge in February 2021), and proposed reforms to the work visa system. While Trump sought to decrease legal immigration into the U.S. by placing limits on work visas for both low-skilled and high-skilled labor, Biden has proposed increasing the annual cap of 140,000 employment-based visas awarded and issuing green cards to Ph.D. graduates in STEM fields upon graduation.

The Trump Administration Admitted a Historically Low Number of Refugees

Since the start of the Clinton administration, the ceiling for U.S. refugees’ admittances has steadily declined. It reached its lowest historical level ever in 2020, when the Trump administration admitted just 11,841 refugees.

Central to the Biden administration’s immigration agenda is reforming the asylum system process and tackling issues related to forced migration from Central America. Biden has committed to clearing the current backlog on asylum applications by doubling the number of immigration judges, court staff, and interpreters. He originally proposed raising the annual limit on admitted refugees from 15,000 to 125,000—the highest level since 1993. He has since wavered on this proposal, initially opting to keep the 2021 refugee ceiling at 15,000 in April 2021 before reconsidering amid widespread backlash and raising the annual cap to 62,500 in May. Even with the raised limit, the current number still falls short of Biden’s campaign promise and instead matches what the U.S. Department of State proposed to Congress in February 2021. Biden is also ending the Trump administration’s Migrant Protection Protocols (MPP or more commonly known as “Remain in Mexico”) program, which forced asylum seekers to wait in Mexico while U.S. courts determined their eligibility. In June 2021, Attorney General Merrick Garland reversed a Trump-era doctrine excluding migrants who are escaping domestic abuse and gang violence from the asylum process. In contrast to the Trump administration—which decreased foreign aid to Central America—the Biden administration has announced a comprehensive four-year, $4 billion strategy for the region that seeks to address the root causes of forced migration and promote regional development. Implementing this plan is already clashing with efforts to combat regional corruption, which included releasing the names of sixteen Northern Triangle officials accused of corruption in May 2021, and complicating diplomatic relations between the Biden administration and Northern Triangle governments. Biden’s key appointees thus far are aligned with this shift in approach and have signaled their intent to reform domestic immigration policies, restore and strengthen relationships with Latin American countries, and increase foreign aid and multilateral engagement. Biden tapped Alejandro Mayorkas to head the U.S. Department of Homeland Security and Samantha Power to serve as the head of USAID. Given their backgrounds, both picks indicate a strong departure from Trump’s immigration policies and a shift toward prioritizing naturalization for existing immigrant communities and a focus on addressing the root causes of forced migration through foreign aid and investment instead of stricter border policies and security.

Worsening humanitarian crises across South and Central America are leading to record migrant arrivals, while the collapse of the Afghan government is generating a new wave of asylum seekers. In 2019, the Northern Triangle countries (El Salvador, Honduras, and Guatemala) accounted for nearly 50 percent of defensive asylum applicants in the U.S., generating an estimated 500,000 refugees globally and another 250,000 internally displaced people. As the pandemic continues into 2021, migrants are arriving at the U.S.-Mexico border in record numbers. In April 2021, a record 112,000 single adult migrants, arriving predominantly from the Northern Triangle, were taken into custody. This trend continued to accelerate in the following months. In July 2021, 210,000 migrants crossed the U.S.’s southern border, the highest number recorded in the last 21 years.

The impact of the COVID-19 pandemic on South American economies has led to an increase in migrants arriving from countries outside the Northern Triangle. In July 2021, 29 percent of border crossings were by migrants primarily from Ecuador, Brazil, Venezuela, Haiti, and Cuba. This trend places further strain on the Biden administration, which has until now focused most of its immigration policies on stemming migration from Central America. With the U.S. asylum system already severely backlogged, the withdrawal of U.S. troops from Afghanistan and the subsequent collapse of the Afghan government have led 400,000 people to flee their homes since the start of 2021, joining the existing 2.9 million Afghans internally displaced at the end of 2020. The U.S. is offering to relocate between 20,000 and 100,000 Afghans through Special Immigrant Visas (SIV’s) and the Priority 2 (P-2) program, which grants visas to those who can credibly demonstrate that they have worked with the U.S. military or U.S. embassy. However, there have been significant delays issuing SIVs, and while the U.S. will relocate Afghans who qualify for SIVs to a safe third-party country or territory while they wait for their visas to be processed, Afghans who hope to qualify for the more lenient P-2 visas need to leave Afghanistan and apply for refugee status on their own, a process that can take 12 to 14 months.

Strengthening the U.S.-Mexico relationship is crucial for implementing comprehensive immigration reform and maintaining border security. The Biden administration has faced an uphill battle re-orienting its relationship with Mexico after the U.S. and Mexico developed a stable working relationship under the Trump administration. Under Trump, Mexico was willing to work closely with the U.S. on stemming immigration to the U.S. from Mexico and renegotiating NAFTA, while Trump largely declined to intervene in Mexico’s domestic issues. The Biden administration’s relationship with Mexico got off to a rocky start but has since returned to a status-quo roughly resembling the relationship under the Trump administration. Andres Manuel López Obrador (AMLO) was among the last world leaders to acknowledge President Biden’s Electoral College victory, signed legislation in December 2020 limiting U.S. narcotic agents’ ability to operate in the country, and offered WikiLeaks founder Julian Assange asylum in January 2021. The Biden administration has since made efforts to improve U.S.-Mexico relations, through a series of high-profile official visits (including trips made by Vice President Kamala Harris, Secretary of Homeland Security Alejandro Mayorkas, and U.S. Trade Representative Katherine Tai), and a virtual bilateral meeting between Biden and AMLO.

Under Biden, the U.S.-Mexico relationship has continued to be defined by immigration issues, and, similar to Trump, the Biden Administration has been hesitant to push AMLO on broader concerns related to the rule of law, environmental standards, and human rights. In June 2021, the U.S. and Mexico signed an agreement to promote economic development in Central America and discourage migration. Through separate agreements reached in June and August 2021, the U.S. has arranged to send nearly 10 million COVID-19 vaccine doses to Mexico. Despite these agreements, the U.S. and Mexico have made little concrete progress toward a long-term solution for addressing the waves of migrant arrivals from South and Central America. Biden has kept in place the Title 42 order—a Trump-era policy in response to COVID-19 that allows rapid expulsion of migrants into their country of last transit—resulting in migrant arrivals being immediately turned back into Mexico. The Mexican public is largely against accepting more Central American migrants, and evidence is now emerging that Mexico is deporting some of the migrants turned back under the Title 42 order to the Guatemalan border, denying them access to the asylum process at any point in their journey.

COVID-19 continues to pose challenges for processing migrant arrivals. More than one-third of countries’ national vaccination plans include no measures to address vaccinating the world’s 26 million refugees. The rapid spread of the Delta variant in the U.S. has generated the need for renewed efforts to combat the spread of COVID-19 across multiple dimensions. These efforts, alongside fears that additional variants could enter the U.S., are complicating the refugee-admittance process. The asylum process in the U.S. takes between six months and several years, and despite the Biden administration’s stated commitment to speeding up processing times, the backlog of applications left from the Trump administration will leave long wait times for many applicants. As applications are being processed, many refugees and asylum seekers are stranded in crowded camps with unsanitary conditions, in U.S. detention centers and in transit countries, where COVID-19 can easily spread, and treatment options are severely limited. The Centers for Disease Control and Prevention (CDC) has already released guidelines on vaccination for inbound refugees, but the influx of migrant arrivals, combined with soaring COVID-19 infection rates, has led the Biden administration to implement additional measures. In July 2021, the Biden administration began to fast-track deportation flights to Central America. In August 2021, the administration extended the Title 42 order and unveiled plans to begin vaccinating migrants who had crossed into the U.S. and were awaiting processing by the U.S. Customs and Border Patrol (CBP). Under the new policy, a vaccine would be provided to migrants facing deportation and those set to be admitted into the U.S. However, migrants who were turned back into Mexico under the Title 42 order would not receive a dose. 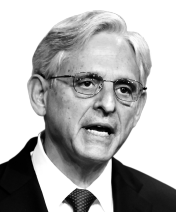 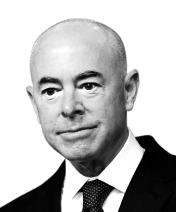 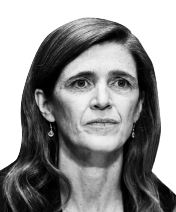 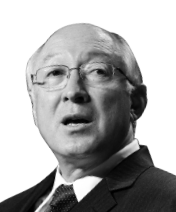 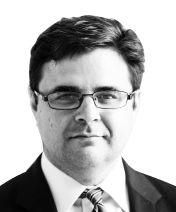 Plus 12 other key players ➞